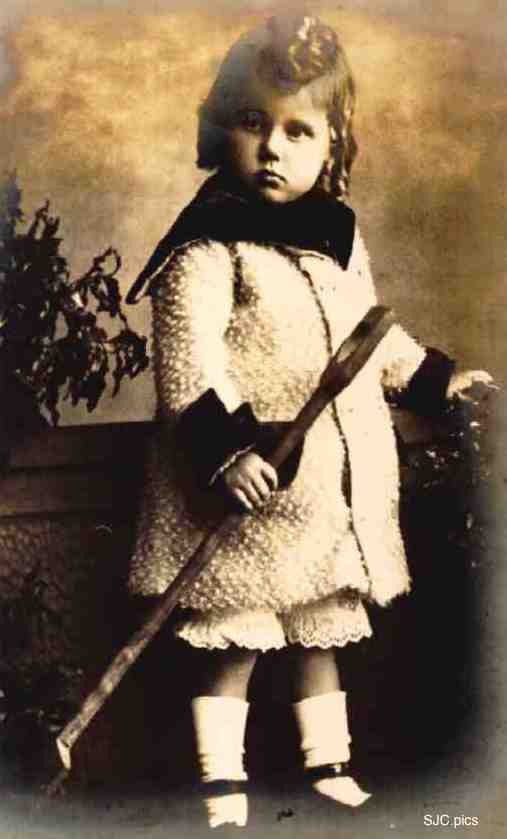 In JKJ’s early life the Johnston family lived in some style and he was educated at Caulfield Grammar School, Melbourne, until the real estate crash caused an abrupt change in the family’s fortunes. (He was there at least through 1903, when he won a school prize.) He used to go by horse-bus to school, doing his homework on the way. By all accounts, he was not an especially gifted student, excelling only in mathematics. As far as is known, he did not complete his high-school education, and in later years, in dealing with his own children, demonstrated no great enthusiasm for education in general.

As a young man, JKJ came under the influence of Dr Seelenmeyer a brethren person in Melbourne. Dr Seelenmyer advised JKJ that eating molasses keeps cancer away, so JKJ ate porrige with molasses daily.

JKJ’s wife Edith (née Allen) died of a stroke on 18 August 1952, in the house in Naremburn. In 1957 JKJ married Winifred Ina Gilligan in Sydney. They first lived at Naremburn but later moved to Denistone. JKJ died in Ryde Hospital at the age of 96. His widow Winnie remarried in Melbourne.

My father used to tell us that when they were late to catch the horse-bus to school, they would run along and catch up with it and jump up on the back of it. He was good at sport and was in the school teams.

Being good at maths must have been an advantage when he got a job in a bank, as they did all their additions—great long columns of them—in their heads. When at the end of the day they couldn’t balance their books, the last place they would look for errors would be in their additions. In those days, there were gold sovereigns, and they used to be sent to the ships with bags of these gold coins to be shipped overseas. They would ride in a horse-cab and were armed with guns. He used to tell us that the Chinese would shake bags of gold coins and sell the gold dust produced.

When they were young, Uncle Sam left home and went off up to Queensland. His parents were concerned about him, and asked my father to go up there and see how he was getting on. My father started a typewriter business, and used to import and sell typewriters. I think the brand was Imperial. Uncle Sam was very mechanical and he serviced and repaired the typewriters. The business went well, but they didn’t have a formal agency, and someone went behind their backs and got the agency and spoilt their business.

Meanwhile, my father met and married my mother, Edith Allen, and we four children were born in Brisbane. We lived at 35 Richmond Rd., Morningside, when I was born. The family had an open horse-carriage for transport. It had just one seat and we children used to lie down on the floor underneath and go to sleep. 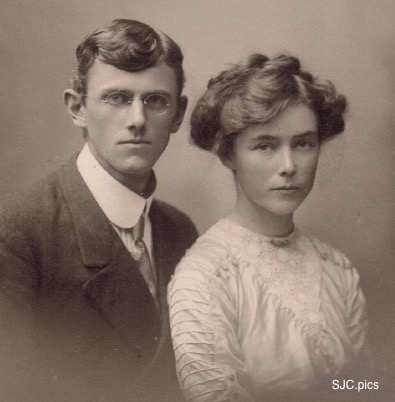 In 1923, my father decided to move to Sydney. He came down first and bought a house in 314 West Street, Cammeray. The rest of us came by boat with the furniture and our belongings. I was then three months old. A little creek ran down in front of our house and the boys used to play in it. The valley which ran under the Suspension Bridge [between the suburbs of Cammeray and Northbridge] was all bush. The boys used to go down there and explore. One day they got lost and some men went down to search for them. There were ropes thrown down to help them climb up the cliff-face. The trams came to Cammeray and did a loop around Abbot Street, not far from our place. My father used to get my mother to watch and see if the tram was coming while he buttoned up his boots, and then he would run and catch it. Being Queenslanders, the boys went with bare feet when they started at Cammeray school. Some at the school wondered if they should buy them some shoes! Cassie went to Cammeray school too. I started when I was five, but was so shy and nervous, I only went for a couple of days and they decided to wait till we went to Naremburn to live [in 1928].

Lots of the houses had corrugated iron roofs, and my father noticed a lot of these were rusty. Being inventive, he decided to see if he could make a rust-proof paint solution to cover them with. I remember him in the back yard at West Street with an old kerosene tin with the top sawn off. He lit a fire under it, and stirred an experimental mixture in it. This is how he started the NuRoof business. He bought a property in Chuter Street, North Sydney, which I think also had an entrance in Holt Street, and started this business. Uncle Sam also moved to Sydney and worked in it with my father. It went well, but my father decided that, as they both had growing families, eventually there may not be enough in it for both.

So in an old building on the Chuter St. end of the property, he decided to try making peanut butter. He called it But-O-Nut brand. There was a loading balcony upstairs, and the trucks used to pull up near this and unload the bags of peanuts. In the top storey there was a big revolving roasting machine to roast them, another machine to blow off the husks, then a grinding machine with an outlet to downstairs, which produced the paste, which was bottled down there. The lids were screwed on by hand. My brother Tom used to work there and he travelled the country selling the goods. When I left school at 15, I worked there in the office, typing letters and book-keeping. I had to walk up to North Sydney P.O. every day, with a key to look for mail in our post box. I also did the banking at the Commonwealth Bank at Victoria Cross where Optus now is. I sometimes had to go to a big hardware store to buy things. The salesman would put your money and the account in a little container and send it on a wire across to the cashier who was in an elevated box at the back of the shop. He, in turn, would send it back again with the receipt and the change. 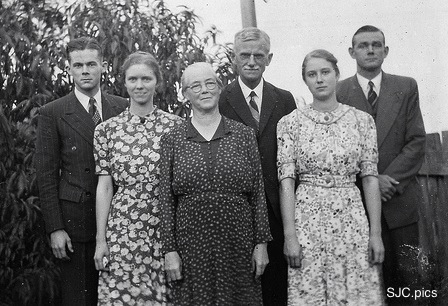 When we went for a trip around the world in 1936, my father met a peanut butter manufacturer in Los Angeles who took him round his factory and showed him his methods. My father also tried making Honey-Nut, which was peanut butter and honey and a little cinnamon. But he gave it up because he had to pay sales tax on it, whereas peanut butter was free, and he didn’t want it to attract tax. My father eventually retired and left Tom in charge.

Under the house at Cammeray, my father had a hand-operated grinding mill. He used to buy a bag of wheat and grind it up. This was the start of wheatmeal porridge! The boys took turns at grinding it. Eventually, he bought a motor and attached it to the mill. Later, he ground wheatmeal in the garage at 1 Merrenburn Avenue, Naremburn and then under the house at 5 Florence Avenue, Denistone. 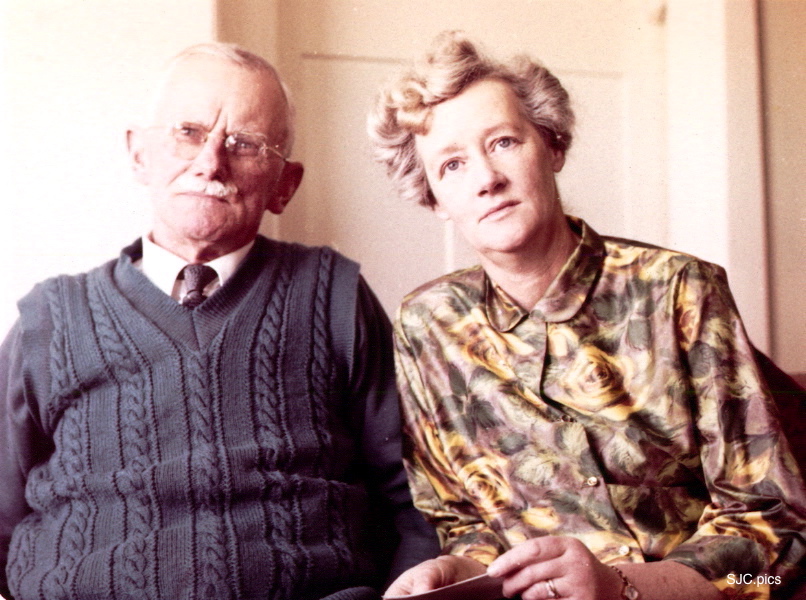