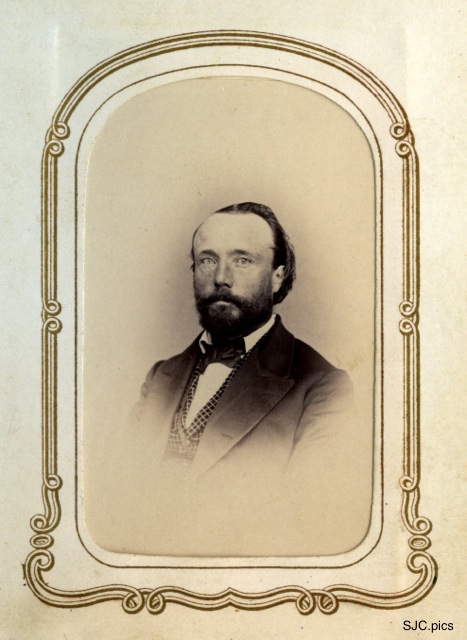 Walter Thurtell-Murray, later known as Walter Murray, was a printer, miner, lawyer, and finally a Judge of the District Court of San Luis Obispo, California. For a time, he was also the publisher of the San Luis Obispo Tribune newspaper.

Walter had some legal training as a youth in England. (One story has it that a club of articled clerks determined to finance the emigration of two of their number to America, and that Walter Murray and Filmer were chosen by lot.) After moving to the United States in 1843, he gained experience in the printing trade in Boston as a compositor for a Mr Turner at 27 Brighton Street (see his 1843-44 letters to his sister Anne). In his first letter home to his sister, he asks her not to address any further correspondence with him under the name Thurtell, so the use of the Murray name cannot have yet been consolidated in the family at that date. 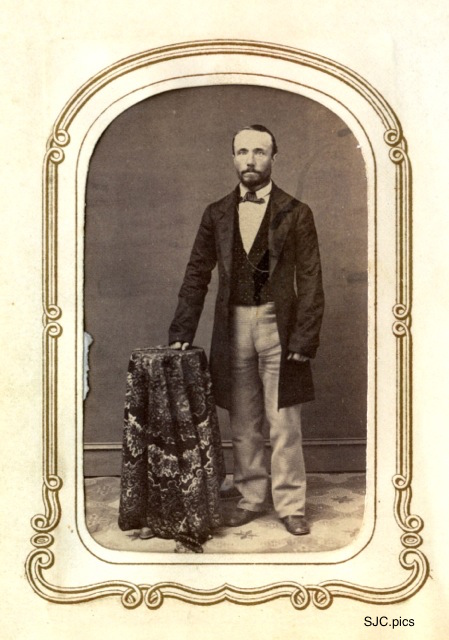 Walter arrived in California on 21 October 1847 as a volunteer in the Stevenson Regiment towards the end of the Mexican War, having travelled from New York around the Horn and seen unfinished account of this experience (1846-47). When the regiment was disbanded in 1848, he moved on to goldrush country; in the mines, he made the acquaintance of Romualdo Pacheco, future Governor of California, who was a native of San Luis Obispo.

In 1851, in the town of Sonora Walter became proprietor, with his former companion in arms, James O’Sullivan, of the first newspaper in Tuolumne County, the Sonora Herald. Here in 1850, he had been joined by his young brother Alexander, who then also assisted with the newspaper. Dorothy Bilodeau says it was here Walter met and married the widow Mercedes Espinosa (see below) in 1853, the year of birth of her child by her first marriage.

Finally, in 1853, Walter settled in San Luis Obispo, halfway between San Francisco and Los Angeles, where he was admitted to the Bar and established a law practice. His was the first name on an 1858 Vigilance Committee roster. (During a skirmish with Pio Linares and his gang, Walter was shot in the arm — see his letter to his sister.) He ran for political office; was appointed District Judge of the First Judicial District (the counties of San Luis Obispo and Santa Barbara) in December 1873, and was about to be formally elected to that office when he died of gastritis, on 5 October 1875. See details in the 1876 letter from his widow Mercedes to Anne Evans.

Walter Murray was articulate, held strong political views and is described as fluent in both French and Spanish. He married Mercedes Espinosa who had been previously married in Chile. Her first husband is said to have drowned while making the sea voyage from Chile. Her daughter by this marriage was born in California, according to the 1860 census.

Walter Murray and Mercedes had six children together. 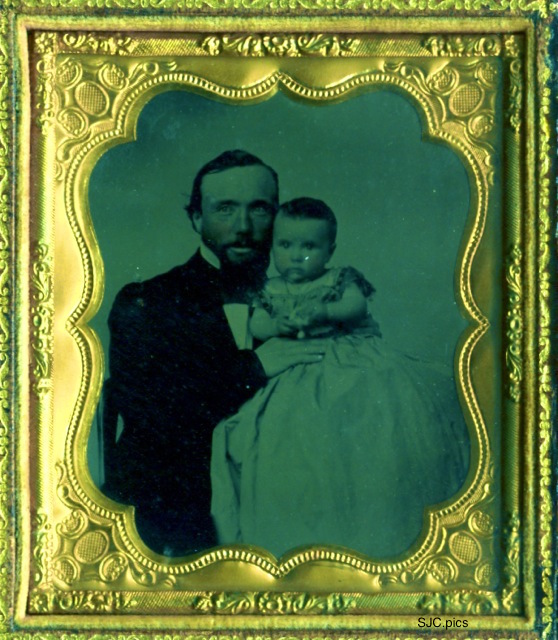 Walter and Mercedes also raised two orphan girls, whom Mercedes (in a letter of 15 May 1876) describes, like herself, as Spanish (though, for all we know, the word in Mercedes’ original may have been hispánicas rather than españolas). Their names were Emilia and Espiridiona, born in about 1853 and 1861.

Much of Walter Murray’s correspondence is preserved in the archives of Bancroft Library, University of California at Berkeley, where original documents and transcripts were deposited for posterity by Walter’s granddaughter Dorothy Bilodeau (née Unangst).

Susan Miller points out that he is very likely the Walter Thurtell indexed on the Family Tree Maker CD 256 of Boston, Massachusetts, Passenger Lists 1821-50 and is quite possibly the Walter Murray listed in the U.S. Census for Township Number 1, Tuolumne County, California on page 144, enumerated May 2, 1850. This shows him as Walter Murray, age 25, a miner born in New York. (He is listed with many other miners, so the information about his place of birth may possibly have been provided by a non-relative who did not know he was born in England.)

According to a tourist website, the 1849 “white-washed building at the end of Mission Plaza in San Luis Obispo is all that remains of the adobe home of Walter Murray”. He “printed the first copies of San Luis Obispo’s local newspaper, The Tribune in the building”, which is still on the San Luis Obispo Path of History. The (now one-roomed) adobe dwelling (a plaque on the door reads: Murray Adobe, Pre-1850) stands at no. 747 Monterey Street (see photo), just across the road from the mission church. (This was the 5th, and one of the wealthiest, of California’s 21 missions; it was built in 1772.)

In spite of his early start in California (before it even became a State), and the evident energy he brought to his activities in various fields, Walter’s premature death meant he left only a modest estate to his family. He himself bitterly regretted having moved from Sonora to San Luis Obispo, and blamed his financial straits on that move — see his 1858 letter.

The elaborate funeral of Walter Murray on 8 October 1875, was a benchmark event in the history of San Luis Obispo. The once rugged, sometimes lawless Catholic mission town had segued into Protestant, Masonic respectability. There were 86 Masons in the procession that accompanied the remains to the cemetery, with 315 others, and 81 carriages, making one the most impressive funerals ever witnessed in San Luis Obispo.

After Walter’s death, his widow Mercedes struggled financially with her large family, at one point opening a boarding house. She carried on some correspondence with her sister-in-law Anne Evans in England (see letters). She died of asthma on 9 May 1878, aged 55, just a few months after the death of her daughter Josephine (in January). In February of that same year, daughter Mercedes had been married, and in September, Eliza would marry.