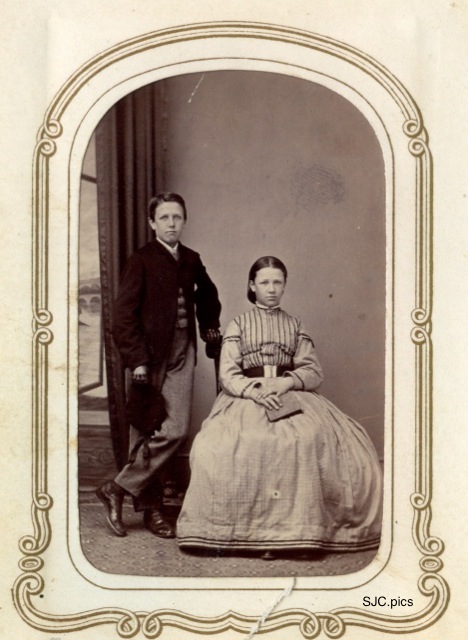 Walter and his sister Annie.

Born in Minchinhampton, Gloucestershire, Walter appears in the 1871 census as an 18-year-old assistant cloth worker.

Walter is believed to have travelled to South Africa with his half-brother Elijah Knox-Davies for a holiday. The two boys returned to England, but Elijah went back to SA and married Emily Probart.

Walter became a partner with his father Philip Charles and his half-brother Philip in their woollen mills in Brimscombe and in order to learn the business from the bottom up, he worked alongside the millhands.

Soon after the marriage of Walter Evans to Fanny Apperly it was found that Walter had developed chest disease, so he sold his share of the mill to his half-brother Philip, and in 1877 emigrated to South Africa with his wife and baby boy named Murray, and all their furniture. They settled in Hanover, Cape Province, where Walter bought a house, a shop and two farms, one of which he named Brimscombe after his old home Brimscombe Court. Walter Evans was actively associated with church work in Hanover and played the organ for whatever church required his services, no matter what denomination. Walter Evans did not make a success of his business ventures in farming, storekeeping and speculating, and when his capital was exhausted he sold his assets, the shop going to a Mr Virnpany, and in 1893 he moved to Johannesburg, where he opened up a real estate agency. He built a house in Parktown which he called The Chalet, but which has since been demolished, and he became an active worker in the Baptist Church. In 1966, the 80th anniversary of the founding of Johannesburg, the surviving children of Walter Evans each received a commemorative medal from the City of Johannesburg. The wording on the medal reads:

In the Anglo-Boer war, Walter Evans moved his family away from the war-torn Transvaal to Cambridge, near East London. There being no Baptist church in Cambridge at that time, Walter Evans and his family attended the new Cambridge Presbyterian Church the minister of which was the Rev Samuel Workman. Frances, the daughter of Walter Evans, helped in the Sunday school and in other church activities. When the Evans family returned to Johannesburg after the war, Fanny and Rev Samuel Workman were married in the Baptist Church on the 17th September 1902. 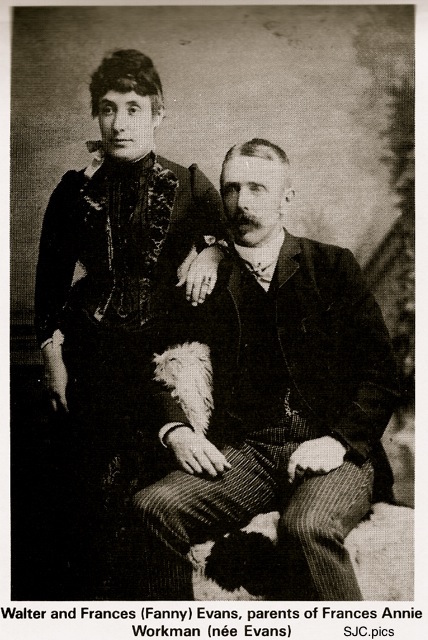 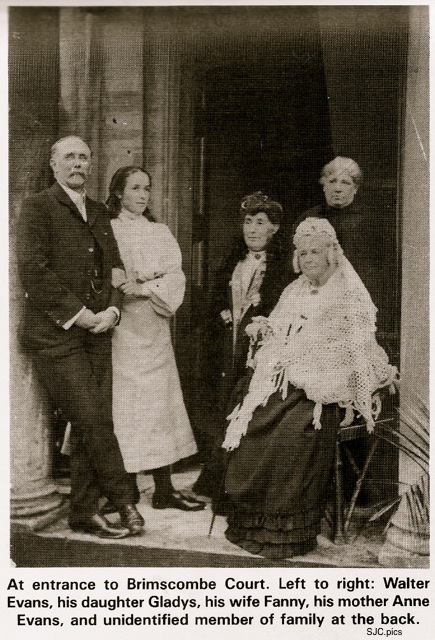