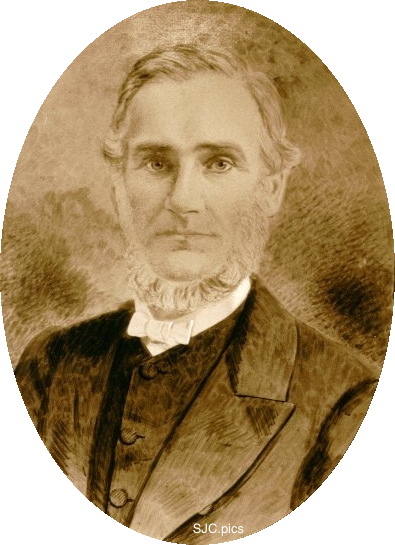 Kerr was trained in the printing business in Greenock by his father. He probably is the Kerr Johnston referred to as:

After some religious study and ordination, marriage and a time in Shipley, Kerr migrated to Australia with his family in 1852.

Much of Kerr Johnston’s story is told in a book by Laurence F. Rowston. Some further details are to be found in a report by Aileen Brown in Garnered Sheaves. The ship Bethel in which the Johnston family lived for 2½ years flew the blue Bethel flag emblazoned with a white star and dove with olive branch. The substance of Rowston's book is as follows.

Kerr Johnston was born 26 August 1812 and grew up in Greenock, Scotland (on the Clyde near Port Glasgow), where his father, William, was a printer.

Kerr was a member of the George Street Congregational Church in 1837 when he entered the Glasgow Theological Academy to train for the ministry of the Scottish Congregational churches. He was also a student of Glasgow University. On completion of his studies, he was ordained at Perth in December 1840. On 4 August 1842 in Perth, he married Eliza Denovan Gowan.

Johnston became pastor of the Mill Street Church, Perth, from 1842 to 1847. It is recorded that the membership of the Perth Church declined a little during his ministry.

At this time, KJ became convinced of the rightness of believer’s baptism, and on 9 April 1848 the Rev. Kerr Johnston, previously Congregational minister, was baptised by his brother, the Rev. Robert Johnston, in Well Lane Chapel, Beverley, Yorkshire.

From 1848 to 1852 Johnston was pastor of the Bethel Baptist chapel, Shipley (near Bradford), W. Yorkshire.

We have no news as to the circumstances surrounding the Johnstons’ decision to emigrate, but KJ had been in touch with the London Seamen’s Mission before leaving.

After a six-months’ journey aboard the Sir William Molesworth, Johnston arrived in Hobart Town on 30 April 1853 with his wife and older children. The church manse, considered too small for the Rev. William Wade, his wife and their six children, was to accommodate the new arrivals for four years, during which time another two boys were added to the family. His first service at the chapel was on 8 May.

During his four years in Hobart, KJ, who proved to be an outstanding public speaker, participated in interdenominational meetings at one time or another not only at his Baptist Chapel but at the Van Diemen’s Land Colonial Missionary Society, the Tasmanian Branch of the Australian Wesleyan Missionary Society, the Hobart Town City Mission, the Ragged School, the Young Men’s Christian Instruction Society, the Wesleyan Sabbath Schools, Berea Independent Sabbath School and the Evangelical Union.

On the other hand, the ecumenical Rev. Johnston inveighed against a parliamentary bill for the distribution of State Aid to all denominations. And he did not shrink from reprimanding the Anglican Bishop of Tasmania for his position on infant baptism which did not accord with his own.

KJ’s interests also extended to that of education; he was in attendance for the half-yearly examinations at Home’s Academy and Somerset House. His daughter Janet attended Somerset House and, in the annual examinations of 1855, won first class honours in Latin, Etymology, Geography, Writing and Science.

11 August 1854 was a day appointed by proclamation for the people of Hobart Town to humble themselves before the Almighty so as to avert the calamities threatened because of the war in the Crimea. The churches of Hobart, including Mr Johnston’s Baptist chapel, were filled, and the collections for the wives of soldiers exceeded £600 in Hobart Town alone.

At these Johnston took as his text Habakkuk 3.2 and treated it as a prayer for the revival of religion and consequently as a prayer that the calamitous necessity for the war would be followed up by the civil and religious emancipation of European lands.

Two years later, at the invitation of the Governor, sermons were preached on 6 July 1856 in Hobart Town to celebrate the end of the war. Johnston obliged by preaching a suitable sermon at the Baptist chapel.

Temperance was one of the key issues of the 1850s. In 1854 there were 180 public-houses in Hobart Town for a population of approximately 23,000. Johnston eloquently and energetically pleaded the temperance cause. It was his opinion that the spirit trade was worse than the slave trade, in that the latter was a mechandise of bodies, while the former was a traffic in the souls of men. He gladly participated in public demonstrations.


In May 1857 Kerr Johnston announced that he was finally taking up his appointment with the Victorian Bethel Union for Seamen. This was to be a mission to the seamen coming into Hobson’s Bay and Williamstown.

In 1857, the family sailed in the Goldseeker to Melbourne where the Emily, a large, old American hulk, became their home. The hulk was painted a yellow with Bethel Sailors’ Church in large, black letters on the side, and this strange church was officially opened in July 1857 by Bishop Perry. A chapel with a blue-draped pulpit was created in the hold.

Both the Victorian Bethel Union and the Victorian Seamen’s Mission, being non-denominational (but very protestant), had to rely on donations for their finances.

For two and a half years the family lived on the Bethel, (that is 2 parents, 8 children, 3 servants and livestock) then Leigh Terrace came to be their home at Port Melbourne. As time went on an old boathouse on the beach was used for services, and it is on that site that the present Port Melbourne Institute stands. Funds were collected for a building which was formally opened by Lady Loch, and became known as The Bethel.

The Bethel Floating Church was last seen to turn turtle after catching fire. A Sailors’ Rest was opened at Williamstown, where shipping was very heavy.

After 26 years of active service and a few years of retirement, the Rev. Kerr Johnston died at age 75, leaving wonderful pioneer memories. The Argus said He was a gentleman and loved by all. His family, through all that time, was a source of great strength to him in all branches of the work.

Sinking. We understand that the hulk Emily, which sank in Hobson’s Bay on Saturday evening, and has been used for the past three years as a Bethel ship, was abandoned a few weeks since, in consequence of the Committee of the Sailors’ Mission deciding upon dispensing with the vessel (owing to the non-attendance of seamen), and finding a residence for the chaplain on shore at Sandridge. The Rev. Kerr Johnston has resided on board the vessel, with his family, for nearly three years, and it may be regarded as a providential circumstance that they left the ship before the accident occurred. The Emily was taken charge of some weeks ago by Captain Ferguson, the Chief Harbour-master, so that the vessel was not identified with the Sailors’ Mission at the time of the unfortunate sinking.

Retirement. At a largely attended meeting of the committee of the Victorian Seamen’s Mission, held on Tuesday, at which Captain Pasco, RN, was in the chair, the resignations of the chaplain the Rev Kerr Johnston, and the assistant chaplain, the Rev J Cromack, were considered. Mr Cromack’s resignation was accepted as from December 31, and a unanimous vote of thanks was awarded to him for his past services. Deep sympathy was expressed with the Rev Kerr Johnston in being now, owing to physical debility, precluded from carrying on the arduous work in which he had been engaged for nearly 30 years; and the committee regretted that they had no funds available from which they could grant him an annuity, but resolved, although their bank account was overdrawn, to vote £100 to him in testimony of appreciation of his long labours amongst seamen. 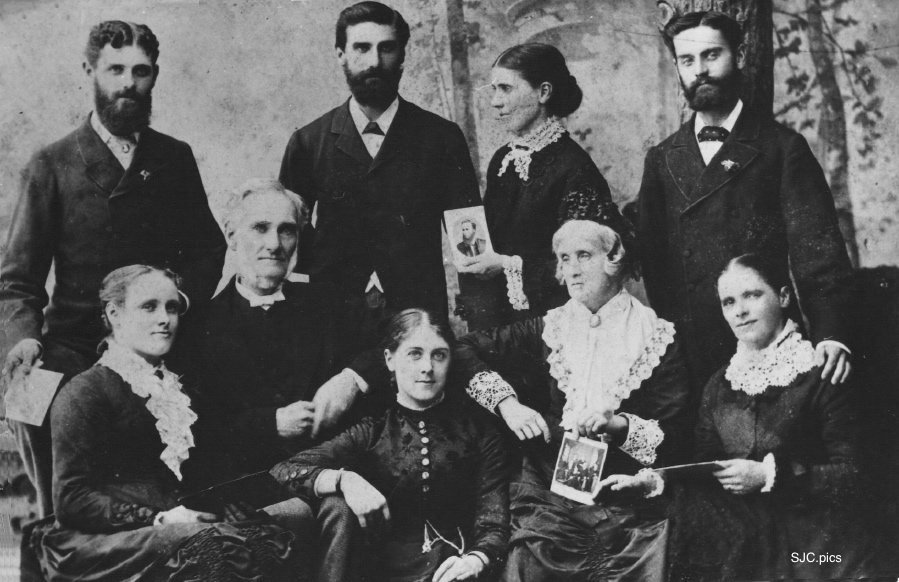