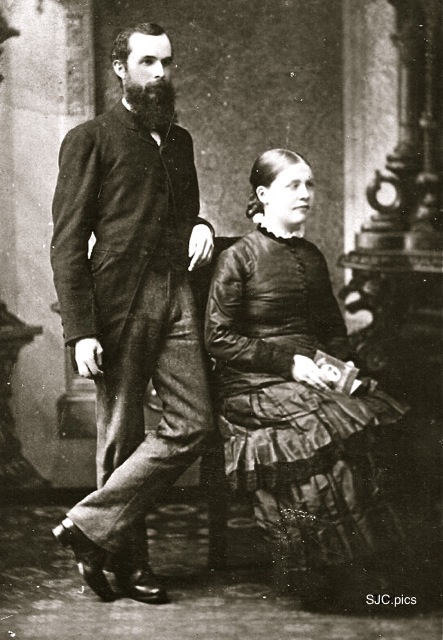 Thomas Allen migrated to Australia for health reasons and because, according to family tradition, he refused to teach the catechism in class in Ireland. Family rumour said he had TB but there is no evidence supporting this.

Victorian shipping records indicate that Thomas, Catherine, and daughters Edith and Dora arrived in Melbourne on SS Liguria in Dec 1886. The Suez Canal had been opened in 1869, and a steamship would in any case have made much quicker passage than the five months or so of the old sailing ships rounding the Cape of Good Hope. The Liguria was the same ship which had brought Frank Kraushaar to Australia in November 1880; it belonged to the Pacific Steam Navigation Co. and, along with another nine ships, offered a fortnightly service to Australia under the Orient Steam Navigation Co. banner.

Thomas Allen’s first Australian teaching position was in Watsonville, on the Atherton Tableland south-west of Cairns in Far North Queensland, from 7 Feb 1887 to Dec 1888. This was a new state school and he was the first Head Teacher.

The family made its way to Queensland in time for Thomas to start teaching at the beginning of the 1887 school year. The only reasonable route to Watsonville would have been by ship to Port Douglas and Cobb & Co. coach from the port to Watsonville.

Though reports of school inspectors are generally favourable as to Thomas Allen’s honesty and industry, he seems to have had some difficulty, not being himself physically strong, in maintaining discipline amongst the rough miners’ children. At times, the rough parents also gave him trouble, as is evidenced by the case of Annie Joy.

For a time, Thomas’s wife Catherine was also a “Temporary Teacher” at the Watsonville school. Having been a mantle-maker, she taught needlework. She submitted her resignation on 3 March 1888. Her daughter Barbara was born two weeks later, on 18 March 1888. Her resignation was sent with a covering letter from husband Thomas. It is interesting that he takes the opportunity of complaining to the Under-Secretary of the Department of Public Instruction about the high cost of living in the bush. He says it costs the family £60 p.a. more to live in Watsonville than it would in Brisbane; and even worse is the fact that some essential items are not available at any price. (From a note by some official on Catherine’s letter, it looks as though she was being paid £40 p.a.). 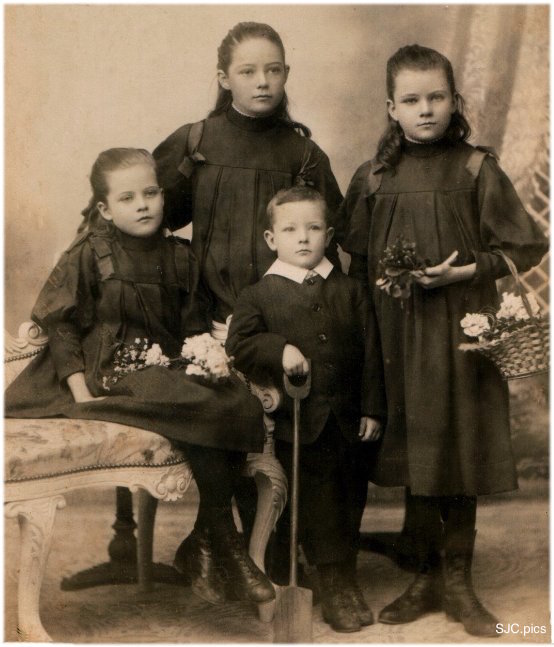 And this in spite of the fact that Watsonville was a kind of cultural centre of the Far Northern mining fields. “Situated in a valley that was almost devoid of grass and surrounded by rocky hills where only goats could thrive”, the then prosperous mining township had good singers, splendid violinists, a brass band, and a School of Arts library stuffed with the best literature of the day. In 1885, Watsonville had seven pubs and five general stores; its population in 1893 was 200, but it attracted revellers from 30 miles around. The town was noted for its hospitality, but sport was its long suit. The tug-of-war team was invincible for a decade. Famous for athletics and rifle shooting, the town also had some champion tennis players. The last hotel in town, Hobson’s Albion, burnt down in 1954.

I went first to Herberton which is a sleepy town that has faded since its prime… There was no road sign to Watsonville, but enquiry soon revealed that the road to Irvinebank would get me to Watsonville on an excellent road.

Both Herberton and Watsonville were the sites of tin discoveries in 1880. On the road between them there were place names like Stannary Hills. Watsonville suffered because it had no reliable water supply. It turned out to be a cross-roads with a windmill in the middle of the intersection and about four habitable dwellings around it. It would be flattering the place to say it had seen better days. I saw no human in Watsonville.

I then drove in 4WD on a gravel and mud road to Irvinebank, which is considerably larger and showed signs of life. It had many preserved buildings from 100+ years ago. They looked as if a good wind would destroy them. They didn’t even have a coat of paint to hold them together. Irvinebank is also an ex-mining town. I could see a reasonable functioning State School in Irvinebank, but no evidence that a school ever existed in Watsonville.

So I went back to the Herberton public library which admitted that it had no information on Watsonville. It was all said to have been lost in bushfires, floods and cyclones. There was a mural outside which said that in the boom-time Watsonville had a dramatic society and orchestra.

The windmill in the centre of Watsonville carries this poem:

A Town That Used To Be

I have seen the sunlight waning, and the sun descend until
A township stood in shadow at the foot of Western Hill.
Soon the lights would start to glimmer with a warm and friendly glow,
From the hotels and the houses, in the town I used to know.
But now those lights have vanished, and forever passed away
With the passing of the era of the buggy and the dray.
When a breeze at nightfall started, you could hear the steady beat,
Of the windmill turning slowly, in the centre of the street.
Now, on moonlight nights the curlews come and scamper to and fro
Upon the street, as children did, in the nights of long ago.
And when the curlews whistle, the fancy comes to me
That I listen to the dirges for a town that used to be.
The hitching rails have disappeared as though they never were,
And seldom does the saddle-horse know the touch of rein or spur.
The hills and creeks have given up the wealth they held in store,
To eager hands, that mostly now, are stilled for ever more.
The tracks that pack-teams left behind grow fainter year by year,
And mining scars on Western Hill in time will disappear.
To fade like those that made them—soon forgotten, soon unknown,
Like the tracks they too created—washed away or overgrown.
And now I watch the sunset bid goodbye to Western Hill,
And in its growing shadow, everything is calm and still;
And in the coming darkness, in my fancy I can see
The friendly glow of lamplight—where a township used to be.


The little mining town is well laid out on level ground, nicely sheltered on the northern side of the great Western range. The public buildings consist of a State school, post and telegraph office, School of Arts, and Roman Catholic Church. There are two good hotels, store and blacksmiths’ shops. [Ref below]

[The presence of only an RC church would indicate a large Irish catholic population, a situation that (protestant) T Allen probably left Ireland to avoid.]

Ion Idriess wrote a colourful short story about Watsonville, which is no longer politically correct.

Thomas Allen’s hope of a posting to Brisbane came true when he was assigned to the suburb of Normanby for three years (Jan 1889-Dec 1892) [Ref below]. From the beginning of 1893, he was transferred as Head Teacher to Tivoli, near Ipswich, just west of Brisbane. During this year, he became too ill to work and was on sick leave for five months from June through October (two months at full pay and three months without pay). From Nov 1893 till Jan 1894 he did not resume duty as there was no suitable opening.

From January 1894 he was Head Teacher at Aramac in the real outback of central Queensland, just north of the Tropic of Capricorn.

My mother (Edith Allen) said that in some places where they lived in the outback it was so dry and barren that they didn’t have any fresh fruit or vegetables, and she blamed poor diet then for her ill-health later in life. She said that when it did rain at Aramac, it flooded round the school, and they had to walk on the fence posts to get there. I couldn’t imagine how they did this until we went there and saw the fence made of big sawn-off tree trunks.

On 12 August 1910, The Brisbane Courier reported that TA had been re-admitted as an assistant teacher at Kelvin Grove Rd School for Boys. [Ref below] 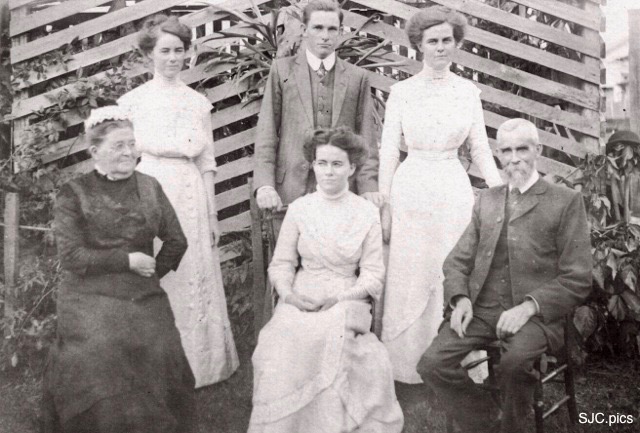 My Grandparents finally bought a house and settled in Power St., Norman Park, Brisbane. This house was inherited by my Uncle John Allen. It was a typical Qld house with a big area underneath enclosed with lattice. I often visited the John Allens there. My Grandfather died one day and Grandmother the next day. She died in agony with a tumour which burst.