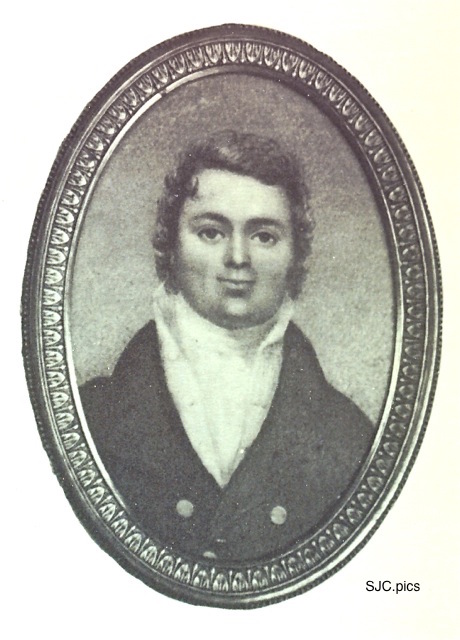 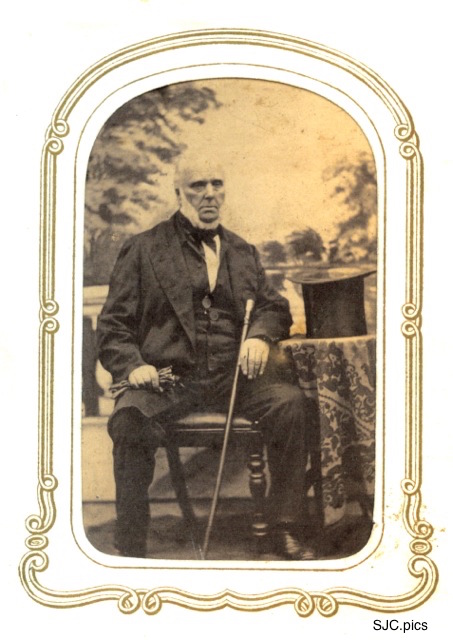 James [Thurtell-]Murray died on 1 December 1867, aged 77, a month after a serious fall from an omnibus, and was buried in Abney Park cemetery in the same grave as daughter Josephine. He left effects of under £600.

James’s widow Sarah lived another 21 years, dying at age 94 on 15 Mar 1889 at her daughter Anne’s home at Brimscombe Court, Stroud, Glos., leaving effects valued at £701/14/6. She also was buried in Abney Park in the same grave as her husband and daughter.

Susan T. Miller has published much information about the Thurtell family on her website. Margaret Elaine Shearing (née Murray) wrote a family history, My Ain Folk, which has been published by her grand-daughter Margot Collett [M.Collett@ru.ac.za].

A number of members of the family emigrated to the New World before James’s sons settled in California. In 1853, at the then advanced age of 62, Aunt Everitt (Anne Thurtell, sister of James and widow of George Everitt) travelled to New York and Guelph, Ontario, where she had a reunion with her brother, Benjamin Thurtell, and his family; her nephew, Edward Brookes Thurtell, came from his home in Jamestown, Wisconsin, for the reunion. (Susan Miller has published an 1847 letter from Benjamin to Edward.) The diary Anne kept of her trip shows her as an observant, and remarkably enterprising woman. She died in England in 1866, leaving a legacy to brother James (see correspondence).